The Bellamy Team of CENTURY 21 Thomas 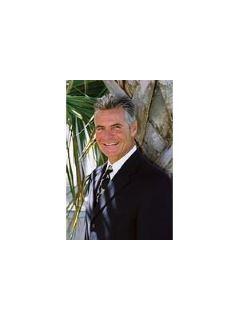 Making friends and helping others reach their goals is important to me. It's the foundation of my business in North Myrtle Beach. As a "true local," I take pride in being a third generation "North Myrtle Beachite". There is not an area of the Grand Strand with which I am not truly familiar. But more importantly, I am committed to offering you friendly service for all your real estate needs. After attending Coastal Carolina University, I assumed the management of the family painting/construction business before earning my real estate license in 1981. As a senior sales executive with CENTURY 21 Thomas, I am proud to have been with the company for twenty two years and have been a consistent multi-million dollar producer for the company. Over the past years I have earned multiple CENTURION® awards, including the prestigious DOUBLE CENTURION® and GRAND CENTURION ® . These are the highest awards in the CENTURY 21 System®, indicating the top producers of all CENTURY 21® agents worldwide and is only earned by the top 2% of 95,0000 agents. I have assisted over 16,000 buyers and sellers with their real estate needs. Bottom line... you have an experienced and knowledgeable friend in North Myrtle Beach, who is motivated to making your buying or selling goals a reality. If you're serious about buying or selling, call me today. I have both the knowledge and the experience to get the job done for you! CENTURION® Team - the Bellamy Team, 2011 CENTURION® Team - the Bellamy Team, 2010 as the #1 Team in SC for sales closed CENTURION® Team - the Bellamy Team, 2005 GRAND CENTURION® Team - the Bellamy Team, 2004 and 2005 #1 Team in the Carolinas Region - the Bellamy Team, 2004 and 2005 #1 Producing Agent in the Carolinas Region, 2003 #1 Producing Agent on the North Strand, 2002 Inducted into the CENTURY 21 Hall of Fame Graduate of the Realtor's Institute
Read More Read Less