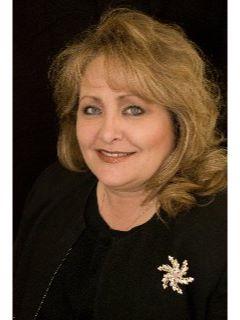 In her spare time, Sherry likes to do family genealogy & history research.
2003 CENTURY 21 $1 Million Plus Producer 2004 CENTURY 21 Masters Ruby Producer Award 2005 CENTURY 21 $3 Million Plus Producer 2005 CENTURY 21 Masters Ruby Producer Award 2006 CENTURY 21 Masters Emerald Producer Award, 2006 Top 21 Agent in East Texas Brokers Council, 2006 5 Million Dollar Producer Award 2006 - Top Producing Agent Century 21 Hesskew Realty
Sherry is a fifth generation resident of Van Zandt County and is a graduate of North Texas State University in Denton. She has been a leading realtor in our area for over 22 years, and in 2006 was awarded a Top 21 Agent Award by the East Texas Broker's Council, and produced over 5 million in sales. She is married, and she and her family live in Wills Point where she is very involved in her church and scouts. She is a member of the Texas Association of Realtors and the MetroTex Association of Realtors.
Read More Read Less