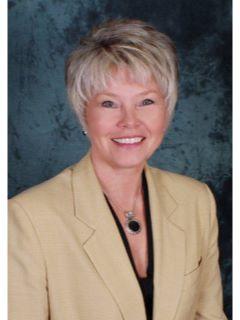 Local 2003 REALTOR-of-the-Year Serves on the Mountain Home Chamber of Commerce Board of Directors Mentor for the Baxter County Alternative School
LeMac Realty was founded in the early 1970's by two partners, Ronald Lewis and Ray McDaniel, hence the name "LeMac". In 1985 the transition was made to become affiliated with CENTURY 21®. Now begins "Our Story"……I (Jewel) was hired as secretary in 1989 and received my real estate license a year later. After obtaining my broker's license in 1995, I resigned my secretarial position, went into sales full time and began a successful career in real estate. An opportunity to purchase the company became available and on October 1, 2001, my husband (Mickey) and I became the proud owners of CENTURY 21 LeMac Realty.

Our venture started with three full time sales associates, including myself, and three part time agents. New agents were added and our leased building quickly began to bulge at the seams. Three years later a lot became available just two doors down and construction soon began on a new two story building. We moved in on Valentine's Day, 2005, and continued growing our business. A year later we opened a branch office next to Wal-mart to better serve our clients and offer them the convenience of two locations.

I am proud to say that over the years we have grown to a force of 40 agents, four support staff members, and have consistently been ranked the #1 real estate company in the Mountain Home / Twin Lakes Area for production.
Read More Read Less