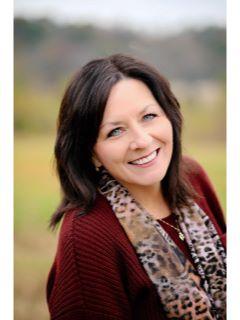 Donna Gannon began her real estate career in 2004. She has been with Century 21 for 16 years and just recently moved her license to Century 21 Homes & Land. She is a life long resident of the Tri-State area. As a Century 21 agent, she has notably been a member of the Master's Club since 2005. She is the recipient of the following awards: Ruby Sales Awards 2005-2008, Centurion Producer since 2011, Quality Service Pinnacle since 2009, President's Award Recipient 2011-2019, A member of the Centurion Honor Society since 2017, She won the Reader's Choice Award for Best Realtor in 2008, Received the honor of "Realtor of the Year" Award in 2010 & 2015- per Ashland Area Board of Realtors, and Commercial Realtor of the Year in 2013 - per Ashland Area Board of Realtors. She has continued to be a Top Producing agent in OH & KY and specializes in Relocation, First Time Home Buyers & Residential Sales. She also earned her GRI designation (Graduate of the Real Estate Institute) in 2011.

Donna & her husband John were married in 1982 and share 3 children and 5 grandchildren. Call Donna, whether you are buying or selling. She is sure to be able to give you experience & outstanding real estate service.
Read More Read Less