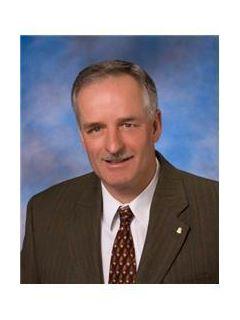 I am an avid outdoorsman, I enjoy anything outdoors including snowmobiling, snowshoeing, 4-wheeling, wildlife photogrophy, hiking, fishing, golf and hunting.
2002 Six Million Dollar Producer; Centurion Award 2002; #7 Agent in the State of Vermont. Four Million Dollar club; Realtor of the year 2000 and Board of Realtors president 2000-2001 #4 Top 5 Units in the State of Vermont-2000 2001 Gold Medallion Office 2000- Realtor of the Year 2001- Centurion 2003 Gold Medallion Office 2003 #3 of the top 5 Century 21 Offices in Vermont by AGC 2003 #2 of the Top 5 Century 21 offices in VT by Units sold 2004 Four Million Dollar Producer
Owner & Principal Broker of CENTURY 21 since 1993, I make my home on a hilltop in Barton where Beefalo & Angus roam. Being a lifelong resident of the Northeast Kingdom, living anywhere doesn't seem imaginable. I am a member of the Orleans Lions Club, and enjoy the outdoors, snowmobiling, gardening, and taking long walks around my farm. My two children, Emily & Nicholas have also made their homes in the Northeast Kingdom. Emily is the owner of the Craftsbury General Store, and Nicholas is co-owner and Managing Broker for the agency. I have been in the Real Estate business since 1984.
Large tracts of land; Farms and Recreational properties.
Read More Read Less