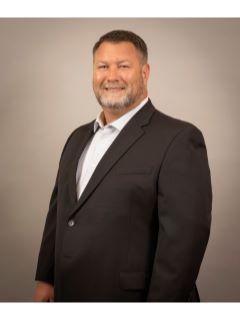 Clint Crowe is a second - generation Realtor with both of his parents having worked in the real estate industry for many years. Prior to joining his parents in the business , Clint had a decade long career in law enforcement as a patrolman/field training officer and detective with a metro Atlanta police department.In 2003, Clint joined his parents working for a local independent real estate company in the Jackson, GA area and began selling homes on Jackson Lake where his family had owned property since 1958. Their lifelong knowledge and love of the lake helped them to become recognized as leading industry experts in the sale of waterfront properties both as permanent residences and vacation homes.In 2006, Clint was brought on as managing broker in a local RE/MAX office bringing his parents along with him to the company. After a few years, as the real estate market began a downturn, the company decided to close the Jackson office and Clint and his parents ventured out to start their own company.In 2009, they opened Crowe Realty with Clint serving as qualifying broker and leader of the company. They continued to focus primarily on Jackson Lake waterfront sales as the company grew, bringing on more agents to service other parts of the south Metro Atlanta area.Today, Clint's parent having retired, the company has grown to over 50 agents serving all parts of the Atlanta and middle Georgia area though Clint continues to focus his sales attention in the area he has lived in and loved since a child, Jackson Lake.Clint has Bachelor of Business Administration and Master of Business Administration degrees from the Mercer University Stetson School of Business and Economics.He and his wife, Kristie, live at Jackson Lake and have 4 kids , Cody, Corbin, Cason and Hollyn , as well as a daughter-in-law, Peggy and a granddaughter, Chloe. They enjoy boating, skiing and playing on the water.
Read More Read Less