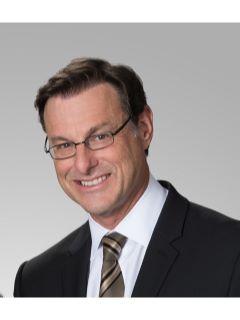 Chris Angelo, the Director of the Commercial Division at CENTURY 21 Elite Locations, provides consummate value to the clients who hire him to assist in the sale, purchase, or lease of commercial property.

Chris brings unparalleled experience to any transaction and has closed over $100 million in volume locally and nationally. Not only does Chris offer his clients expertise when it comes to negotiating commercial real estate transactions, but as a Certified Public Accountant and Fraud Examiner, spending 32 years with the IRS, Chris has the exclusive ability to guide his clients in understanding the tax benefits of ownership including: cost segregation, enhanced accelerated depreciation, tax-deferred exchange, tax incentives such as opportunity zones, 1031 exchange, in-depth financial analysis, amongst other methods that will heighten his client's investments, business goals and ultimately increase their net worth.

Chris served in the United States Marine Corps., and holds his Master's Degree in Federal Tax Law from the University of South Florida and his Bachelor's degree in Accounting from the University of Southern Utah. In 2019, Chris was named the #2 CENTURY 21 Commercial Agent in the World, is a Centurion award recipient, and also received multiple top awards from the Florida Gulfcoast Commercial Association of Realtors® including #1 Most Transactions in 2019, #1 Deal of the Year - Office, #2 National - Top Producer Office Production, #2 National - Top producer Land Production.
Read More Read Less