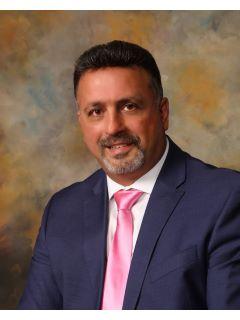 I began my Real Estate career at Century 21 Dorar Realty at a very young age, and have been in business for over 25 years. I joined Century 21 Dorar Realty as a part time agent while attending college to obtain my Associates in Science degree in Business Administration. Soon after, I became a full time agent and through hard work and dedication I became a Century 21 Multi Million Dollar Producer, and a Centurion Agent. In 1992, I obtained my Real Estate Broker's license. I remained committed to the Century 21 organization and Century 21 Dorar Realty family. By this time I was fully committed to making Real Estate my career. I put all of my educational knowledge, and experience into growing as a person, and a professional. In 1997, I was given the opportunity to become the Broker/Owner of Century 21 Dorar Realty. In 1999, I acted as Co-Chairman of the South Miami Dade Council of the Realtor Association of Greater Miami and the Beaches as well as Chairman of the Board of Realtors. I am honored to say that with my experience and a dedicated and committed team of Real Estate agents I was able to grow the office, and was awarded multiple recognitions from Century 21 to include the Gold Medallion Office Award, and the Centurion Office Award. In conjunction with the Century 21 organization, my office is a proud sponsor of the Easter Seals organization as well as other local community organizations.
Read More Read Less