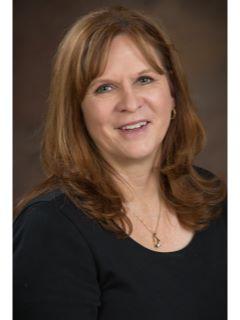 Jean has been a long time Arizona resident who has been involved in many communities as a former student, school administrator and community advocate. Her ties include urban, suburban and rural communities of Phoenix, Scottsdale, Wickenburg, Surprise, as well as many other smaller areas throughout the state. Originally from SOuth Carolina, Jean was raised in the east Phoenix area and attended Scottsdale schools. She is a graduate from Lander University and Clemson University, South Carolina with advanced degrees in education and school administration. She relocated to Wickenburg in 1994, where she served as a school administrator within the Wickenburg Unified School District. Both of her children, Breanne and Nick Bell, attended Vulture Peak Middle School and graduated from Wickenburg High School. Jean married Jim Hunt in 2009 and they both continue to reside in Wickenburg where they can ejoy their hobbies of hunting, fishing, camping and equastrian activites. Jean has built many lasting personal and professional relationships within the communities she has served. She maintaines her affiliation with education as a Nationally Certified Principal Mentor for the National Association of Elementary School Principals. She is involved in community events in several surrounding communities. As a realtor, Jean is committed to providing buyers and sellers with a high level of dedication and service aimed at meeting their individual real estate needs.
Read More Read Less