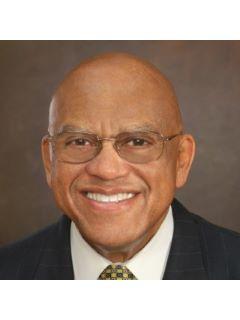 James Simpson is an agent for Century 21 MM who currently works out of the Sacramento office and specializes in commercial real estate sales and leasing. He also is active with the Sacramento Association of Realtors as a member of the SAR Commercial Council. Originally from Memphis, Tennessee, James came to California for US Army training and remained in the state after his discharge. He holds undergraduate degrees in IT management, and music, and a master's degree in education. After working in sales for IBM Corporation, James began his real estate career with CBRE as an Office Building Specialist in San Francisco, California. Over a span of 10 years with CBRE, he concluded more than 1 million square feet in sales and lease transactions. In June of 2000, James moved with his family to the Sacramento Region and became a high school teacher for 15 years before returning to real estate with Century 21 MM. As a Century 21 MM commercial agent, he has successfully negotiated sales and leases in various property types, including Office buildings, retail buildings and centers, in addition to industrial properties. James brings experience, honesty and integrity to his real estate practice and always strives to obtain the optimum outcomes for his clients.
Read More Read Less