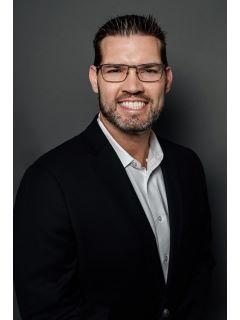 Brandon is a driven and market-savvy professional whose client satisfaction and best interests are paramount. His desire to serve his clients particular needs, coupled with his market experience, construction knowledge, and superior negotiating skills set him apart.
2015, 2016, 2017, 2018 Robertson County Association of Realtors "Million Dollar Sales" Lifetime Member.
Brandon is a native of Robertson County who graduated from East Robertson High School in 1996. While attending Austin Peay State University, Brandon made the bold decision to pursue a career in construction. By 1999 he owned his own company called Faith Home Builders.

He continued working in construction while also obtaining his real estate license in the summer of 2001. Over the past 18 years he has worked to grow his business and was even part owner of a real estate company.

In the fall of 2016 Brandon and his wife Tamara pursued a lifelong dream of opening a coffee shop to enhance the community and growth in Robertson County. On April 22, 2017 t heir dream became a reality when Historic Perk opened its doors for business and is currently going as strong as ever.

Brandon enjoys working in and serving the community of Robertson County with his wife Tamara and children Britton, Paityn and Beckett. Among one of Brandon's many interests are teaching cardio kickboxing for the YMCA for the past 14 years.
Read More Read Less