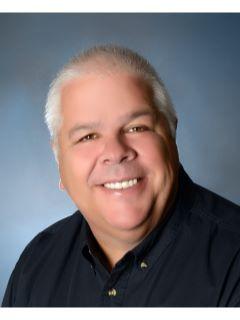 Bob McManus was born & raised in Gardena, CA. Shortly after high school, he completed two years of work for a local ambulance company, then attended Daniel Freeman Paramedic School in Inglewood, CA. He spent seven and a half years working in Los Angeles as a paramedic, during which his skills of hard work, dedication & decision making were truly molded. In 1989, he met the love of his life, his wife Kara (then Anderson). As best friends, then husband & wife, they grew a family of five kids. The two oldest, Courtney & Kyle, still live in Redondo Beach, California. The 3 younger boys live in WI, Zachary in La Crosse, and both Hunter & Kade in the Milwaukee area. Bob & Kara owned a CENTURY 21 office in Hermosa Beach, CA as well as an escrow and mortgage company, and eventually other business that helped people begin their entrepreneur careers, as well as motivational speaking/training. One of Bob's passions is coaching kids soccer and he took several different teams to championships in various age levels, which he still enjoys doing today in Marshfield.

In 2012 it was time to move back to Wisconsin to be near Kara's family. It was a big move to go from living one mile from the beach and 70 degree weather to the Midwest, and of course the snow -- but it has been awesome and interesting. As a Marshfield resident now for almost a decade, and having spent most of that time working in the local mortgage field as well as for local banks, Bob has had and incredible opportunity to really understand the local market and the needs of his clients in the area.

Now, CENTURY 21 Gold Key Realty truly feels like home! As Bob said, "This is where I am most comfortable. All the skills that I have learned -- patience, perseverance, numbers, attitude, work ethic, motivation and ability to take a very complicated process and make it simple -- are all able to be put to good use. CENTURY 21 Gold Key Realty is the Market Leader & being a part of this organization is incredible! I am the Sales Manager & Real Estate Agent specializing in Commercial Properties and I am so excited to work with you."

Bob did an excellent job getting our properties sold quickly. He was great to work with and made the process easy. Thank you Bob McManus! ~ Kim, Marshfield