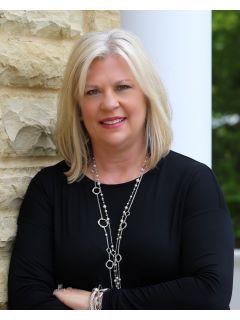 Anita Tate, Owner/Broker, Century 21 West Main Realty, has called Wilson County home for more than 40 years. A native of Madison, TN, she has seen Lebanon, Mt. Juliet and other communities virtually explode in recent years. Anita is a dedicated EMTAR member and served as President of the organization in 2017. She is a realtor's realtor and a respected leader in the industry, as evidenced by her role as owner and principal broker of her company. She was the recipient of The Middle Tennessee Association of Realtors highest honor, 2014 Realtor of the Year. This award recognizes her contribution to local, state and national realtor organizations, educational advancements, designations earned, personal involvement in RPAC, awards of excellence and her personal involvement in local civic organizations. Anita holds professional designations of GRI, SRES, ABR, and CBR and is a State of Tennessee licensed auctioneer. She became a member of the local BNI chapter at its inception and served as President in 2012 and 2015. She has also been a member of the Mt. Juliet BNI chapter.

Anita has been a licensed real estate agent for 20+ years. She opened West Main Realty in 2005, and in 15 years the company has grown to be one of the leading real estate firms in Middle Tennessee. Since joining one of the world's leading franchises, Century 21, in June 2010; she has been honored by receiving the Century 21 Centurion Award in 2011, 2012, 2018 and 2019 and Double Centurion Award in 2013, 2014, 2015, 2016 and 2017. Her personal sales volume for the last 20+ years qualifies her as one if the most productive and successful agents in the area. She is an EMTAR Life Member and Decade Award Member and has been recognized with their awards of Gold and Platinum and the coveted Diamond Awards of Excellence.

Her clients and fellow realtors praise her for her knowledge, enthusiasm and ability to think outside the box to obtain success. She is recognized for her untiring spirit to get the job done, and her clients know they are well represented. Her slogan: Full Time, Full Service.
Read More Read Less