BACK TO SEARCH
sale $10,630,000 | Commercial-Other
Listed By CENTURY 21 Landmark Realtors
The subject property consists of 8 parcels, as well as portions of 3 additional parcels (11 parcels total). There are 154 resident rooms on site (excluding St. Joseph Hall), including 44 rooms identified as skilled care, with an additional 110 assisted/independent living rooms. The campus' chapel is of Romanesque architecture with a cruciform design. It has some 60+ stained glass windows, as well as imported marble and tile from Italy and Germany respectively. MARION HALL: 26,000 SF, two story, stand alone facility constructed in 1937 and is currently used as a residence. SCHEID HALL: 9,000 SF two story, stand alone facility constructed in 1922 and used as a residence. FLORIAN HALL: 12,000 SF building was constructed in 1912 and is used as a art studio, offices and a residence. ISIDORE HALL: 81,000 SF, three story building was constructed in 1912 used as residence, offices, conferencing rooms, art studio, main kitchen and dining room, and support area. CHAPEL: 23,000 SF, was constructed in 1926 and was connected to Isidore Hall THERESA HALL: 50,000 SF, four story, was added to the existing convent in 1931. This addition serves as the main entrance to the entire convent complex. The main entrance includes a large seating room. Other uses include residence, conference center, offices, library, guest rooms, kitchenettes and private dining rooms. ST.JOSEPH HALL: This building was added to the existing convent in 1957 as a 70,000 SF, Five story addition. First floor was uses for Province's development office and there are residential rooms on the other floors. NOTRE DAME HALL: 58,000 SF, two story addition to the convent was constructed in 2003. The building was primarily constructed to serve the needs the elderly members and offers assisted living. The building is equipped to offer such services with nursing service therapy rooms and a therapy pool, and offices.
Read More About This Property Read Less About This Property 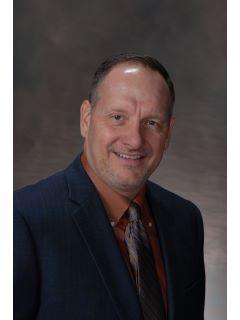